So, will we be “all in” to tiny house living once it is built, you ask? The short answer is…eventually. We have a condo at one of the myriad complexes along the Kohala Coast on the northwest side of the Big Island. There. I said it. Our primary residence is a 2000sf cliché of Hawai‘i living, replete with three bedrooms, tall ceilings, and a built-in stainless steel grill on the wrap-around lanai. We’re just a stone’s throw from the ocean.

The plumeria trees are in bloom year-round, and there are hibiscuses at every turn. Rainbows of color on manicured landscape as far as the eye can see. The lawn is neatly trimmed, and the buildings are tastefully coordinated throughout. A perfectly perfect place to call home. Or not. 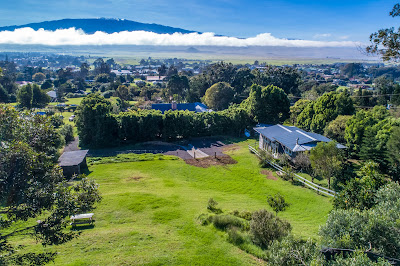 m my perspective, we moved to Condoville from beautiful and beloved Waimea (image) for a number of valid reasons. Believe it or not, it’s cheaper. Jim got a new job, and the location divides our commutes. We wanted to regain the time and physical expense that our one acre property demanded, and predictable and not-quirky seemed ideal. Just being is our goal, not having to think incessantly about how to keep a barn-turned-house – not to mention the swaled driveway – from pilfering every penny we have. Jim acquiesced to my thinking (good boy).

So, here we are on the weekdays, surrounded by a sea of AirB&Bers, flitting in and out around us, a week at a time, reveling in their Hawaiian paradise vacation. They remain anonymous and distant (it takes more than a week to shed your mainland stranger-danger instinct). That said, they also remind us of how lucky we are to call this island our home. They take pictures of silly things – the flower arrangements near the mailboxes, the peekaboo view of the sunset between buildings, the entryway sign to our complex – and they do so excitedly, even if they have no idea what the real Hawai‘i is. 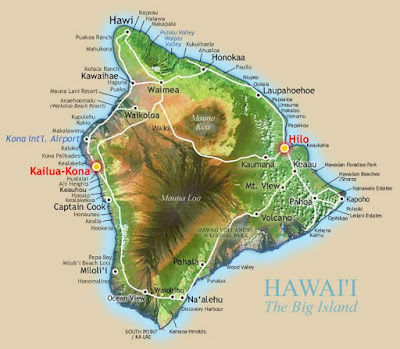 Truth is, Hawai‘i – and specifically the Big Island – means something different to everyone. Whether you’re a mai tai-wielding, tiki-torch-lighting, hula-dancing, lava-viewing, Ironman-tackling, soaking-up-the-sun visitor or a dusty, rugged, cowboy-boot-wearing, family-loving, tradition-respecting, Hawaiian-history-protecting resident, the Big Island inspires an open and adventurous spirit, and it feels…well…right.

We are in awe of this place. And it’s that awesomeness that unites Jim and me in our love for our island home. The power of this place, its full range of climates, its breathtaking natural monuments, its storied past, and the reverence of its inhabitants all ensure that we never forget the scale of our existance. Humility silently connects lifers and transients alike, and it feels like life is in the proper order.

Given this perspective, you can imagine why our condo feels soulless. Don’t get me wrong: I love that it takes advantage of the tropical weather and does so with all the conveniences of “modern” living. But even though the grittier, “realer” Hawai‘i makes up the lion’s share of the island, “the coast” feels a million miles away from what catches our breaths and makes us feel alive. And frankly, life is too short to deprive oneself of awe.

Discovering Lanikaimakani was the result of our quest to find a place on the island that could take our breaths away…over and over again. Not simply because of the sunsets and rainbows, but because of a palpable sense of the land’s soul. The title issue, despite its challenges, has allowed us to imagine a family’s connection to it, and the clear – albeit overgrown – roads that crisscross it – are a reflection of its days as part of the Big Island’s sugar cane industry. Uncharted parts of the universe are being seen by astronomers atop Mauna Kea mauka (or toward the mountain) of us, and occasionally there are freighters and cruise ships on the horizon, indicating tourism and trade are in full swing. Seasonally, whales breach in the distance, and it simply is beyond words.

In my first entry about our move to a tiny house, I referenced our desire to have a home that takes a backseat to our surroundings. Given the additional color above, it probably would be more accurate to say that we want our home to feed our hunger for awe. Over the weekend, Jim staked out the exact location where the house will be placed in anticipation of the driveway’s preparation and site leveling, which needs to happen before delivery. Standing on that little 30’x30′ plot, things began to feel real, and it was amazing! Slightly makai (or toward the ocean) of where the camper sits, we will have a rich view of the Laupahoehoe gulch to the left and of the top of the small gulch that is the bottom boundary of the property. We can’t see into those natural crevices, but because they are in wetlands below, they are lined with trees, adding a colorful range of greens to the vista. A grove of dwarf guava trees on the lower half of the parcel were planted at some point, giving it a farm-feel, with the rhythmically placed saplings.

Johanna, our builder, came to spend some time with us Saturday morning to hammer out some of the remaining details of our plan. Our primary objective was to be sure that it would even be possible to trailer the house across the lumpy terrain between the county road and the site (about 175 yards). Happily, she said it would be easy-peasy, especially if we were to fill in some of the major holes along the way. This may seem like a lot of work in an of itself, but that work will definitely be easier – and WAY cheaper – than having to construct a complete gravel driveway. It was a relief to us both: Jim, because the quotes for a full road were pressing the question of whether it was a wise investment, and me because I wouldn’t have to worry about the whole plan’s being scrapped because of Jim’s question of worth. 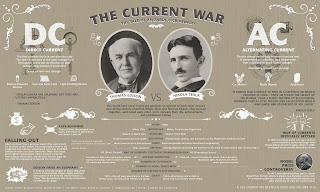 We also made some tweaks to the design, including the addition of little shelves in the kitchen for glasses and storage for a microwave. We’re not sure if we will end up having the latter, since they are not very off-grid friendly, but we will be working on finalizing that piece in the next week or so. We’ve also added some USB outlets at various places, which will be wired to draw power directly from the solar batteries, a much more efficient approach than drawing from the inverter, which turns solar energy from DC (“direct current,” discovered by Thomas Edison) to AC (“alternate current,” discovered by Nikola Tesla). (By the way, if you don’t know the story behind the energy battles of the late 1800s, The War of the Currents is worth a read/view.)

Whew. I’m coming perilously close to representing that I have anything more than a simpleton’s understanding of power. So, enough. Back to the house.

The latest plan is below. Johanna says she’s almost finished with #10, so our house (the eleventh that she will have built) is on deck! Yay! We had originally thought we’d be in by late fall, but she says delivery should take place in mid-September. Under-promised and over-delivered. How about them apples?? We shall see, but we have faith! 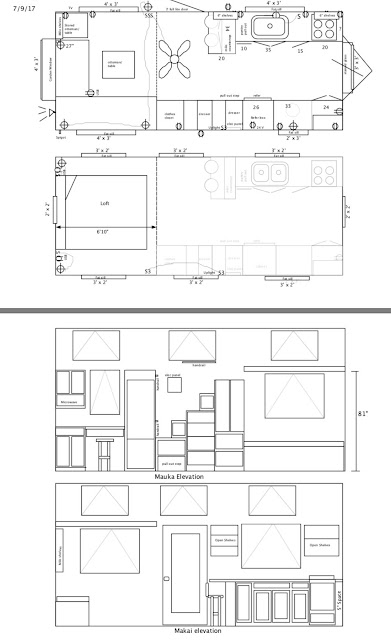