A mile deep and an inch wide. That was how we were told to think of the Asperger brain. While the vast majority of us have a limited ability to retain much beyond a very little of a million topics, those with the gift of this wiring have a capacity for absorbing a remarkable amount of detail relating to a specific subject. And it appears to be at the exclusion of the clutter that comes from anything outside that single width of an inch.

Nick was diagnosed with Asperger Syndrome when he was in sixth grade. We’d known he approached the world differently up until then, but we had spent most of our energy with occupational therapists – both in and outside of school – to help strengthen his fine and gross motor skills. He worked hard to build underdeveloped muscle mass in his core and in his hands and to improve his overall body balance, which we treated as the byproduct of Sensory Integration Dysfunction.
Note: there is much debate about the diagnosis of Aspergers and autism in general and the negative effects of labeling. Our approach always has been to expect from and see in Nick the very best of his ability. The framework for treatment or management of any diagnoses and labels has been our lifeline, as we developed – and continue to learn – parenting and relationship strategies. For anyone incensed by this approach, oh well. 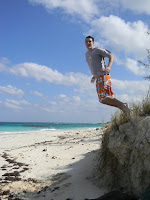 Nick was always good-spirited as he went through session after session of what must have felt like physical torture, slept under a weighted blanket, and was mercilessly singled out by teachers and peers alike. He was painfully incapable of manipulating a situation, much less people, and he always assumed (still does) that people are good. If he ever expected to fly under the radar in life, he definitely showed up with the wrong equipment.

As he got older, adult and peer bullying got worse, all sorts of expectations mounted, and his ability to navigate life – or indeed to protect himself – was non-existent. Consequently, not a day went by when we didn’t hold our breaths and pine the reality that our sweet, sweet boy was completely misunderstood and seemed to be punished for it at every turn. Public school proved unable to support his social integration appropriately, and we protected him by limiting his exposure to what was increasingly a big, bad world full of big, bad people. All we wanted for his gentle soul was acceptance and kindness, and we had that in spades with our friends and family and at home. Why chip away at his sense of self-worth by forcing him to exist in environments that seemed destined to beat him down? As we found ourselves sequestering him and increasingly limiting his time on school buses and with new people, the words of the neuropsychologist that diagnosed him got louder. Namely: 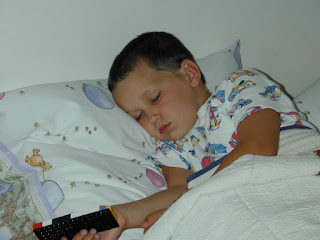 1. “It’s great that you didn’t have a diagnosis until later because your expectations of Nick have been higher than they might otherwise have been.”

2. “Everything Nick knows and does is something he specifically learned, not intuited.”

3. And most importantly, “Don’t assign your own emotional reaction to a situation Nick’s in because he likely doesn’t feel it the way you would.” 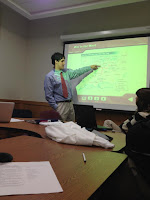 I remember once when I asked Nick about his friends at school, to which he replied, “I don’t have any friends.” My heart broke for him, and I distinctly remember fighting back tears. What is life, after all, if you don’t have friends? But looking closely for signs of pain or self-loathing, I could see there were none. Having friends was not a measure of happiness for him; he was merely stating a fact. In hindsight, I know now that he didn’t necessarily not have friends; he just didn’t have the means for identifying relationships that way. I’m sure he saw Ellie with her revolving door of play dates, constant quest for sleepovers, and stream of birthday party invitations and assumed that’s what friendships looked like.

As we created the ideally protective conditions for Nick. we just knew we were sacrificing his being exposed to, and, therefore, prepared for real life circumstances. After all, cruelty was always going to exist, and unless we wanted him living at home forever, he would have to understand it and learn how to navigate it. So, we set out to find a school environment that would foster his confidence, build social awareness, and fill his tool chest for life. 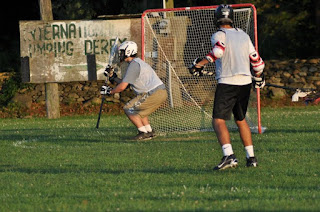 Fast forward through boarding school (Hillside School for grades 7-9 and Cheshire Academy for 10-12) and college (Clark University), Nick continues to be the big-hearted, gentle soul that he’s always been, and he has a balanced understanding of where he fits in life. He is loyal by default, and he is always willing to go with anyone’s flow.  (Well, mostly, except when he doesn’t think there’s a reason or a need to participate. Social interaction is never reason enough.)

We’ve been on a number of mile-deep journeys with Nick during his 22 years on this planet: dinosaurs (which he taught us to pronounce), Star Wars (don’t ever play Trivial Pursuit Star Wars edition with him – you will lose), Harry Potter (briefly), Lord of the Rings (forever), and Tom Clancy novels (voraciously). And history. Lots and lots of history. Military history in particular. He always read the textbooks cover-to-cover before the first day of class. History teachers loved him, as you might imagine. His BA is in… you guessed it… history.

One day years ago I recall Nick saying to me, “I don’t get how people can’t remember dates in history. You have to know the dates in order to get it!” (It was no consolation to him that most of us have to recite a poem about Columbus to remember when America was discovered.). It became evident at that moment that he sees life as one long biopic, with all the factual puzzle pieces fitting snugly and logically into place. Every new factoid – void of emotion and largely absent interpretation – finds its proper place in the tableau in his mind. To say his gift is awesome would be an understatement. 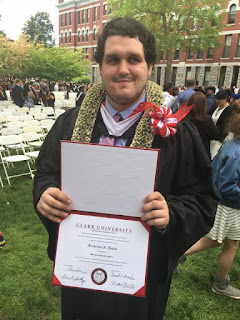 Wanna know what’s less than awesome? Having a conversation with Nick about politics today. That definitely is NOT awesome. For example, the emotion we all feel acutely as we navigate the chaos and complexity of our current political situation – whether about individuals, causes, or projected outcomes – is, to him, nothing but an irrational way of considering the facts of tomorrow’s history. Don’t try to get him to view the race-issues in VA as anything more than adherence to the first amendment. Or to see Trump’s behavior as anything other than one brief blip on the timeline of life that the future will assess.

Holyjesusgodalmighty. Have you ever wanted to throttle your kid? I mean really throttle him?? I have. Gotta give him credit, though. Unlike many emotional adversaries, he’s not mean, and he’s not condescending. But he absolutely will not give one iota of time to perspectives driven by emotion. In his mind, of course, they are not at all relevant. And, annoyingly, when it comes to the debate of political decision, I can’t argue with his facts. History indeed will tell the tale.

“Don’t assign your own emotional reaction to a situation Nick’s in because he likely doesn’t feel it the way you would.”

I should say not! And have you ever tried to have a discussion – much less a debate – with someone who doesn’t give credence to emotional reaction? I do not recommend it… not if you want to keep your sanity and maintain respect for your fellow-participant. “Everything Nick knows and does is something he specifically learned, not intuited.”

And guess what? You can’t teach intuition or emotion. Try as we have, it just doesn’t work. So, we focus on the behaviors of empathy: listening, hearing, trying to understand. After all, passion is the essence of who people are, and insulting their very beings with an onslaught of facts is a recipe for social disaster. It doesn’t matter that Nick doesn’t assign value to the importance of thriving socially; he simply must understand it. Props to him for trying when he’s around us, but I just know that he’s at his most content when he is surrounded by like-minded people.

“It’s great that you didn’t have a diagnosis until later because your expectations of Nick have been higher than they might otherwise have been.” Indeed they have been – and continue to be – high. Like us, he was put on this earth to make it a better place. It’s different than it was when he was little and wholly our responsibility. Now, he defines his own expectations of himself and of us. And I really like it. Sure, he frustrates the hell out of me, but I’ve come to understand that that level of discomfort as a sign that I’m being really challenged. And challenged in a good way. Nick has been and forever will be a daily reminder that there is no such thing as a right way to think. And I ADORE him for that.