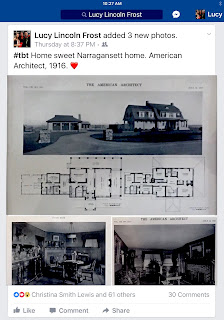 Apparently writing about our neighbors and new friends here on the Big Island has made me feel nostalgic. Presumably that’s why I felt moved to tip my #tbt hat by posting on FB pics of the house we grew up in. No need to be a psychologist to assume I was looking to connect with my roots. I’ve been eating up the comments and reveling in the voices of my past.

To say it has been complicated to have made a major, mid-life move would be an understatement. There have been the obvious ramifications, like Dave’s and my divorce and its ripple effects or getting used to REALLY high prices. Truly, a day doesn’t go by when I don’t experience the impact of having relocated – whether through having less time with the kids, fewer occasions to be with extended family, or the distance from the comfortable familiarity of the vast majority of my life. Hands down, the hardest part, though, is not being able to manage the impact of, conclusions regarding, or perceptions about my relocation and remarriage. I spend a lot of time dwelling on what people must think, and to help sift through the pain, I’ve taken to viewing people in categories: 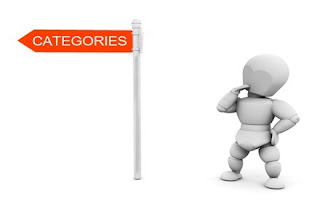 Category One: Those people who have only known me since I moved to Hawai‘i and have been with Jim.

Category Two: Those who knew me at transient stages of my life – high school, college, early career, vacations, etc.

Category Three: Those with whom I have lived a vast majority of my life – family members (including, for example, the Lewises, whom I very much still consider family), my Westover posse, and my early parenting “life-support” friends.

Category Ones are in many ways the “easiest.” They only know me as I currently am, doing what I currently am doing, living where I currently live, and with whom I am sharing my life. When I talk about New England or my first marriage, it’s strange to them because they have no connection to any of it.

Category Twos are pretty easy, too, because they – like me of them – are mostly entertained by what they see on FB, since they really have nothing invested in me other than an interest in observing. Not to diminish their care for me or mine for them; it’s just that the choices we make don’t really effect each other in a personally emotional way.

And then there are the Category Threes. These folks are my foundation, my teachers, my supporters, my constants, my gauges, my safety net…my LIFE. They are where my brain goes when I feel insecure or out of sorts and just want to be without having to think. You never really realize how much of a relief it is to land in what I would call your resting position until you spend time away. Like slippers after a pair of dress shoes. Ahhh.

Moving 5,000 miles away from my resting place has been hard in countless ways, though chiefly in terms of relationships. Sure, sunshine and rainbows can distract you from these changes, but I fret about them at some level every day.

By comparison, I plod along with the Ones, sharing my current self and adding to my foundation. The Twos, by their definition, remain consistently interested/disinterested in and entertained/un-entertained by my life, content to be spectators – or not – in my sport.

But the Threes? Happiness and heartbreak rest with the Threes.

Gratefully, many Threes are also now Ones. They’ve made my transition with me, investing no less energy into my journey in Hawai‘i than in Rhode Island, Connecticut, or New Jersey, and I into theirs, wherever they may be. Admittedly, those connections now rely more heavily on social media, texting, and the occasional phone call, but it works. Some Threes have become Twos, which is okay, because our connection likely was more situational than either of us realized. It is painfully clear, though, that there are more Threes than I’ve cared to admit that merely are hanging onto any category at all by a single, fragile thread.

The power of that last group has been at the core of any sadness I have felt and continue to feel since having moved. Their absence in my life is palpable. These folks are my resting position, dammit, and their having abandoned me is – in a word – unnerving. I thought that by definition my foundation would be forever and that those people would be unwavering in their loyalty to and support of me. Alas, it simply is not the case. Regrettably, a number of those Threes are close to being strangers and/or landing in no category at all. 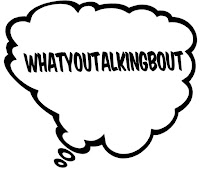 Then again, that is likely what they think about me. After all – I’m sure they’re saying – who abandoned whom??

Fair enough. Moving, though, wasn’t the plan – at least not without Dave, Nick, and Ellie. Yet there I was, seizing the chance to head in a new direction. I’d always felt there was something different in life for me but never thought that it would be so far from my foundation and what I knew. But the universe knew it was the right time and Hawai‘i was the right place, as I didn’t change my mind or return east, even when my sadness and loneliness kept me from getting out of bed.

I have a recurring dream, including as recently as last night, when I am facing a verbal firing line, comprising dozens of Category Three voices – in all fairness, some louder than others – admonishing me for even trying to suggest that I didn’t mean to hurt anyone by leaving. It’s awful each time. How could they be so mad and grudge-bearing when all I did was something to make my life better and me a better person?

When I woke up this time, the feeling was different. It hit me. My having moved has changed the constitution of their foundations. Even worse, that I could move in the first place meant that they likely have been questioning whether my contribution was ever as real as they thought.  Maybe that’s a Big Duh, but I honestly never viewed myself as part of someone’s resting position. But I get it… I’m not present anymore, a least not physically, and physically is how we remind one another of the fact that we are there for each other. As perfect as Facebook and Instagram are for Categories One and Two, they mostly add insult to injury for Threes and for me: a regular reminder that we no longer are living in one another’s lives. Ugh, ugh, UGH.

Had I foreseen this situation as the two way street it really is, would I have made different choices? Hmmm. Likely not since I still wouldn’t have let myself believe that I was a part of anyone’s resting position. I find it strange, even now, to allow myself to consider it as truth. Thinking to tell someone how important they are to you is hard in and of itself. Really knowing that you are important to someone else? It feels like an inherent impossibility. But I want to believe. WhatI know for sure is that had I had the foresight, I certainly would have been better prepared for the feelings of abandonment and less quick to be hurt by some people’s apparent willingness and ability to set me aside and move on.

On Facebook, a friend asked why our Tiny House was going to be on wheels and not on a slab, and on reflection, my reply there is apropos here. In addition to wanting to remain flexible while the issues of our property are resolved, we want to be sure that we are mindful of our surroundings and careful about minimizing our negative impact. In that sense, our house is a metaphor of my life…a well-intended effort to be flexible and a reflection of a commitment to having a positive effect.

At least at some level, I’ve assumed that the Threes know this about me. But how could they? This philosophy – much less behavior – had not yet been born in me when they were deeply entrenched in my life. And now the distance from one another and from that resting position makes my “personal evolution” less obvious, if not invisible. Ditto theirs. And it certainly makes it challenging to continue to know one another…definitely not in the authentic, personal ways that have been the cornerstone of our relationships.

I am hopeful, though. No matter how many additions any of us makes to our foundations or how many ways we reconstitute their formulas, I truly believe that we all want to remain nimble enough to see – really see – what each of us is trying to do and the positive impact we are trying to have.

I love my Ones and am grateful for my Twos. But I miss my Threes.